The tribes of Odyssey and Onslaught block

From now on, Marcos from the InvoKando channel will tell the lore of Magic: The Gathering through articles here on Cards Realm

Hello, my name is Marcos from the InvoKando channel and from now on I will tell you the lore of Magic: The Gathering through articles here on Cards Realm. I started playing Magic at the end of the Odyssey block and at the beginning of Onslaught. Otaria is my favorite continent, both for its legends, types of creatures and for the history that has great influences in classics of the fantasy. The lore revolves around Mirari, the artifact created by planeswalker Karn. I will tell more of this story in the future, because today I will introduce you to the continent's tribes and races.

The continent of Otaria had not participated in any history until after the Phyrexians invaded Dominaria, one of the stories that I can also tell here in the future. Otaria had survived the war largely intact and was one of the first areas to recover from the destruction that devastated Dominaria. For this reason, many of the survivors from other regions of the plan sought refuge on the continent. At least four tribes of humans lived in Otaria:

The Nomads of the plains of Daru, which extend along the southern edge of the continent. And many of these nomadic tribes form The Order, a military and religious group aligned with white and is an important force across the continent. Although they are wanderers, the Daru built a fortress on the plains, as a center of power where The Order's highest officer resides. His clerics wear clothes and 'armor' made of high grass of the plains, clothes similar to dry straw.

In the Pardic mountains lived the Barbarians, who dominated the area until the events of temporal Spiral. They were practically extinct from the Pardic mountains after the arrival of goddess Karona. The main legends of the continent's history were Jeska and Kamhal, but we will write an article just for them in the future.

Continuing with the Humans, we have the druids from the Krosa forest, as in other places, the druids are masters of magic fueled by faith, generally supported with great combat skills. They are "priests of nature" and mainly aligned to green, they are strongly linked to plants, animals, fertility and the land around them.

And the last group of humans are the dark clerics of Cabal, an influential organization aligned with black, focused on commerce, manipulating their clients' fear for financial gain, accumulation of influence and power. The Cabal performed a variety of functions in Otaria, the most famous and profitable of which were their battles in the wells, exhibiting wizards in deadly battles, which Otarians could watch and bet on. Then the battles at the coliseum became the continent's greatest form of entertainment. Those are the humans, now let's get to know the other races that spread across the continent.

The dwarves lived in the Pardic Mountains, sharing the territory with the human barbarian tribes. The dwarves of these mountain ranges were formidable miners, smiths and warriors, inclined to explosive and passionate personalities. They love a good battle, favoring swarm tactics supplemented by fire magic and destruction of enemy resources. It is not known whether the pardic dwarves survived Karona's coming and the calamity that followed.

The goblins inhabit the summit of Skirk, in the south of the Pardic mountains and that is why everyone is called Skirk. They are passionate about fire and explosions, often causing harm to themselves. They are even more reckless than most other goblins. The Skirks built their homes in elaborate networks of tunnels alongside cliffs, building precarious rope bridges to navigate their environment.

After the Phyrexian invasion, they received many goblin refugees from other parts of Dominaria who were looking for a new home. Otarian goblins tend to be shorter and walk around with a long, bulbous nose and bat-shaped ears. Due to the Mirari's influence, many Skirk mutated, becoming even more ferocious and destructive. Mutant goblins, their teeth became large fangs and bone claws. Many have become gigantic and unstable, while others have developed innate powers of destructive magic. Minotaurs also lived in the mountains, but all of them came from other continents seeking refuge after the Phyrexian invasion, as well as the elves who made the Wirewood forest their new home.

The elves lived in a state of symbiosis with the animals and insects native to the forest. When Mirari began to spread its mana waves across the continent, many elves mutated, most of them becoming thin creatures with plant-like features, with completely green skin, while others became thugs with tree-bark skin. It is not known whether all the elves in Wirewood were mutated or whether the mutations continued after all these years.

Centaurs live in the Krosa forest and throughout Dominaria, but you will find most centaurs in Otaria. The Krosan centaurs are powerful warriors and contemplative druids who live in harmony with humans and the Nantukos that I will soon talk about. These creatures have upper muscular bodies and their lower parts are the size of war horses. Many Otaria centaurs wore their hair in a way that gave them a leonine appearance and a second breed of centaurs were light and had the lower bodies of antelopes. They were more peaceful than equine centaurs, but lived in harmony with them.

Avians used to live in Otaria. Lately, many of them have migrated to Benalia. According to the Otarian myths, the Avians were created when the eagles begged the Ancestor to make them human and the goddess granted this wish. On the other hand, some believe that the Avians were refugees from another plane that settled in Dominaria, while others claim that they evolved naturally from birds like the Solar Tailed Hawk. They were like humanoid eagles, tall, strong, with powerful arms, legs and wings, capable of flying. Although most of these creatures resemble eagles, some have the appearance of an owl, these seem to focus more on magic than on the use of blades. Most of them lived along the northern coast of Otaria around Balshan Bay as fishermen, but many are also found in the interior of the Daru plains and in other regions controlled by the Order. They are militant creatures that make up a significant portion of the members of the Order. Many Avians are warriors, wizards, or both.

As Mirari's magic spread through Otaria, altering its inhabitants, many eagle-like avians became taller and more muscular, with long, blade-like claws, regressing into huge sentient raptors. On the other hand, mutant owl-type birds also grew in size, but maintained their independent use of their arms, magical abilities were also enhanced by the Mirari emanations. Elen, they are enormous avian humanoids, without wings and without feathers, with gray skin, legs of almost solid bone and limited intelligence, the Elen are from one to three meters in height. They are slow creatures that serve as executors and infantry of the Order in Otaria. In the group of avian breeds we also have the Raypen are small fragile birds, five feet tall, with vestigial wings, whose magical feathers still allow them to fly and their legs are thin and withered in appearance. They serve as scouts and magical support for the Order's army.

The continent also had an incredibly diverse (and dangerous) variety of wildlife. Beasts, vormes, fire elementals, anurids (which is a kind of beast frog), griffins, lhurgoyfs, orggs, atogs, monsters of experiences or dark spells like zombies, vampires, wraiths and nightmares that were common thanks to Cabal. Later in Otaria's history, the Slivers were awakened on the continent thanks to the Riptide Project. In addition to these monstrous creatures, normal animals (squirrels, bears, horses) were also common and even they became mutated monsters thanks to Mirari's influence. There were also very striking races on that continent, even more than the centaurs.

The Nantuko, a race of insects of the size of men, most were benevolent monks who lived a life of strong respect for nature and protection of the Krosan forest, are a race of wise and mantislike creatures. The current fate of the Nantuko race is unknown, as Krosa was practically destroyed after the scourge caused by Karona, Mirari and temporal distortions.

The Mer Empire was a dominant force in the depths of the oceans, once dominated by the Merfolks, who lost a large part of their empire to the Cephalids who in a smart move took control, now the Merfolks serve them. Cephalids have a monarchical system of government, that is, they include an emperor and a strong aristocratic hierarchy. In general, they are greedy creatures who want nothing but power and control, they tend to be extremely crafty and manipulative, often conspiring behind their backs in an effort to climb the social ladder, as a result, those of high rank tend to be extremely paranoid or to be victims of murderers. Cephalids do not like most other breeds, with particular hatred being reserved for air breathers, including surface dwellers and marine mammals such as whales and seals. And that's it for now, these are Otaria's creatures and tribes. Next time, I will tell you about all the legends of this place. Of course, it depends on your feedback, share it with your friends and groups and if you can comment what you think, I hope to come back soon to tell more stories about this game that we love so much. So, thank you so much for reading this far and see you next time. 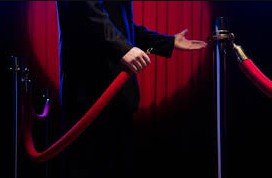