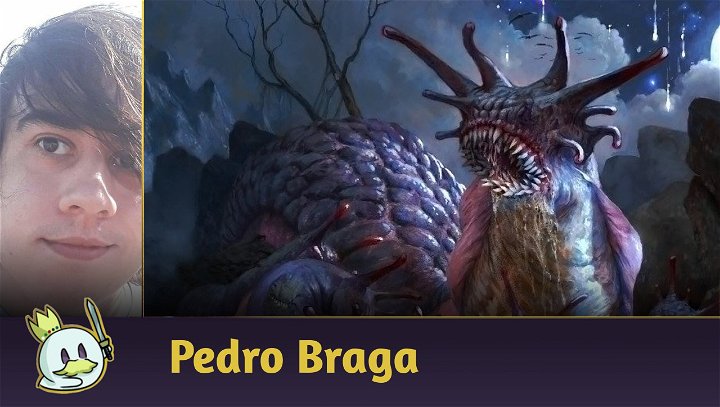 In the quest to present different commanders and strategies, we arrived at Group Slug, a strategy focused on absurd damage to all players. Find out more in this article!

I've already produced Commander content for this site, talking about ideas, methods and archetypes that are often used at tables around the world, when good friends get together to share stories, plays and good drinks. Being a social interaction, this format is very much based on the good times and the game journey. Even when we go to competitive environments, Commander is a great addition of values, in which the experiences in each game make it more and more inviting. And then there are those guys who just want to set everything on fire.

, that uses effects that appear symmetrical to benefit other players equally, and now it's time to talk about

What is Group Slug?

What defines Group Slug is the ability to harm other players equally, but unlike Stax which focuses on a strategy that involves increasing costs and other constraints, Group Slug is focused on the best possible removal,

. Don't confuse it with Burn, rather see it as a different alternative. Group Slug uses symmetrical effects to damage and sweep the table of all players constantly, complicating and greatly worsening the quality of gameplay for other players. If you want to make your afternoon game a much more complicated and claustrophobic situation, with every step of your opponents looking like a landmine, we bring you the best Group Slug commanders!

I will now start with an interesting digression from the conventional when we refer to the Group Slug strategy. Sheoldred, the Apocalypse when mixed with cards like Howling Mine, Eldritch Pact and other machinations like Peer into the Abyss can create a very consistent base of Group Slug when in play. Cards like Underworld Dreams are there to punish opponents' draws even more, and escalate the damage.

Unfortunately, black lacks a lot of this type of engine capable of drawing equally to everyone involved at the table, and the need for Sheoldred to stay on the field for its main effect to happen makes its use for this type of strategy a bit fragile. Even so, maybe with future game developments, new cards and techniques, she won't become the main face of the play style.

Torbran, Thane of Red Fell is here with a bit of my distaste. On the one hand, it is indeed one of the most popular commanders for the theme and many Mono Red users like it. Unfortunately, it's not a card I'm wanting as a commander, as I imagine it would fit well into the 99 cards of any other Mono Red.

Much has been said about his interaction with Furnace of Rath and how only 1 damage becomes 6 when they are on the field, but unfortunately according to the rules of the game, the player targeted by the damage, or owner of the target, chooses the order of damage in this interaction, decreasing Torbran's potential. He is a very aggressive commander which fits very well in strategy, but even so, his fit in other decks is absurdly cohesive.

Klothys, God of Destiny is a fascinating choice for Slug. Not only does its effect fit well with her, but it's also intensified by Torbran and Furnace of Rath, plus green allows for many Ramps and other new features like Cindervines, Hurricane and Primal Order so that the game runs as smoothly as possible for its pilot.

Cards like Sulfuric Vortex, Overabundance and Rampaging Ferocidon also enter the deck, creating an extremely aggressive situation, sometimes in exchange for their ability to gain life worthy of Gruul decks.

Klothys is probably the least tested in this article, so it's a bit low in the rankings, but it's worthy of study and consideration, since it's capable of surprising everyone at the table and you. Personally, this is one of my favorite choices, perhaps in a build with numerous creatures, as I use Ruric Thar, the Unbowed to sap large amounts of life from the opponent, along with the aforementioned damage-boosting cards and with other options, such as Dictate of the Twin Gods. Using these pieces, Klothys, God of Destiny behaves like a great commander and will bring a lot to your game.

Zo-Zu, the Punisher does exactly what is one of the most fun modalities we can achieve through Group Slug, the idea of ​​creating a “toll” condition that your opponents must pay when performing an action, in this case, punishing opponents for performing the most customary of the game's actions: playing lands. Using cards like Manabarbs, Price of Progress and Citadel of Pain, the lands in play will increasingly accumulate problems for players. Cards like Stoneshaker Shaman will decrease opponent's lands, looking to move them away from a stance where not playing lands is comfortable, always bringing the need to take two more damage, which can quickly accumulate in the game with other cards, like Furnace of Rath, for example.

When the game is turned into a calamitous state where your land drops can do high damage, we will quickly see the game turn into something unique and beautiful. We can also achieve effect redundancy through Ankh of Mishra. Zo-Zu, the Punisher is simple, fast and has a whole mechanism behind it, capable of shaking up your matchups a lot, its effect practically cries out to be placed in this type of deck, and it is this wish that we will fulfill this little pointy goblin. You can check out a tech deck of the Ponza version with Zo-Zu here

Here we have a commander who enchanted me from the first moment she was announced. Tergrid, God of Fright can be a creature for decks based on discards and sacrifices, but it proves to be a great weapon for Group Slug when we use gimmicks like Death Cloud, Smallpox or Fraying Omnipotence, among others that integrate damage with the needs for the operation of the commander. An interesting idea to increase the chances of victory with her, would be Tinybones, Trinket Thief dealing a massive 10 damage to each opponent with no cards in their hands, speeding up the victory process. Junji, the Midnight Sky is another good choice, as is any card that deals damage globally along with the opponent's sacrifice or discard, which is a gimmick for which there's no shortage of options among black spells.

Tergrid, God of Fright is a giant option for your Group Slug as it doesn't use the conventional arsenal these decks seek, bringing a Twist to both the commander and the archetype. Wearing Monoblack without a trace of red is bold, but it's a credit to her, rather than the aforementioned Sheoldred, the Apocalypse, who is frustrated at not having another color to back her up, making Tergrid a great choice.

If we look at it coldly, Mogis, God of Slaughter uses the two best colors for the Group Slug: red for damage and black for interdicting the opponents' field, with good removals and sacrifices. Underworld Dreams, Spiteful Visions and Fate Unraveler join the deck alongside Dictate of the Twin Gods and other cards already mentioned here, such as Manabarbs, Sulfuric Vortex and others.

When building your Mogis deck, we'll aim for the discard and sacrifice strategy to create a static field, and then we'll take a heavy load of damage out on opponents. In addition, Mogis, God of Slaughter is the first commander here that we can highlight for his physical qualities, 7/5 with indestructible, able to easily decide the game only on attacks, once that static field is reached, making it a wincondition in its own right. We can use cards like Loyal Subordinate and Bellowing Mauler on black, helping damage. Lightning Reaver and Plague Spitter are also welcome to cause more annoyance in the match. In the end, what counts with Mogis is to create an aggressive and dense game state during the game.

If Mogis, God of Slaughter was so high on this list thanks to its characteristic of using the game's main aggressive colors to create a constant state of pressure, we can do the same for Yurlok of Scorch Thrash. Uniting the three colors mentioned so far, he can deliver the best of all worlds, in a very versatile way, while his ability brings back mana burn, an old rule that made unspent mana convert into damage for players.

Cards like Overabundance and Magus of the Vineyard are extremely precious in this deck, giving players more mana than they can handle, thus dealing damage more and more recursively, which is what we're looking for in this deck. Other cards that produce similar effects are Dictate of Karametra and Rites of Flourishing, which will always add up, creating much more mana than necessary for everything, creating a huge impact to the field. This deck clearly manages to do the best of the three colors with great resilience, generate a lot of mana and convert it into big damage, which will be intensified through other cards, and it's pretty easy to make a nice list.

Yurlok of Scorch Thrash wins the podium for being able to unfold in multiple directions without losing the essence of what would make it good. A strong creature, with a great combination of colors, and a great commander for your game sessions.

And here we finish another Top 5 of commanders. I wanted to call "Group Slug" the "Group Slug" all along or put Toxrill, the Corrosive on the list because she's a slug. With that, I'm thinking "Could I create a Dimir Group Slug with this pretty Slug here?" and I ramble endlessly on how to fit a blue, totally non-aggressive, into this archetype. Until next time. 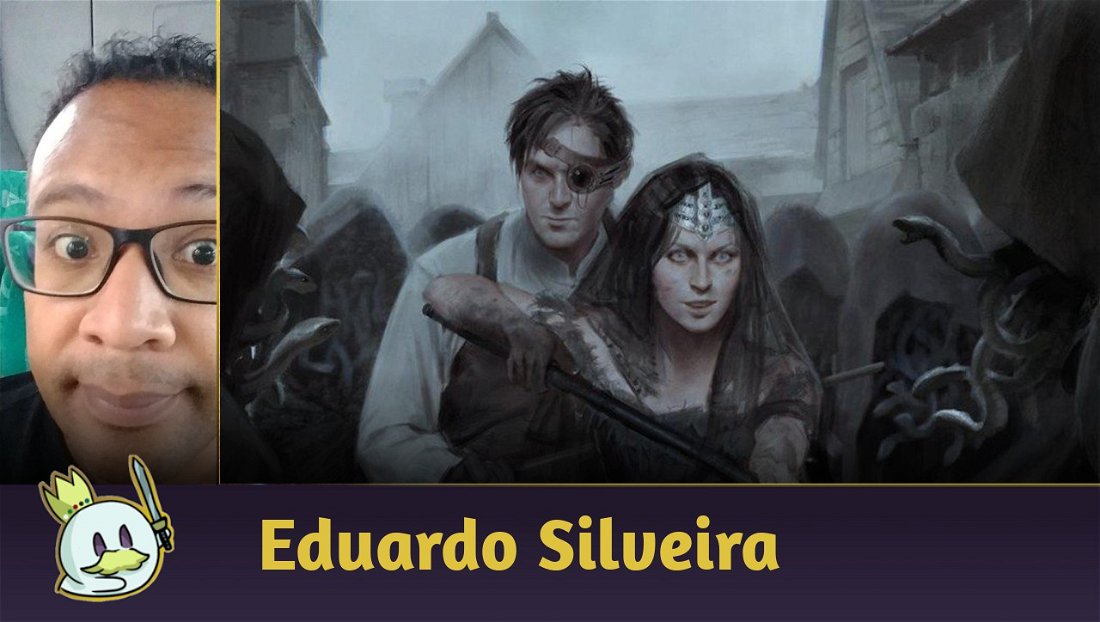 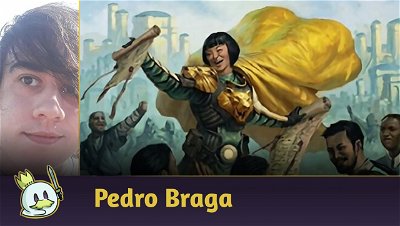 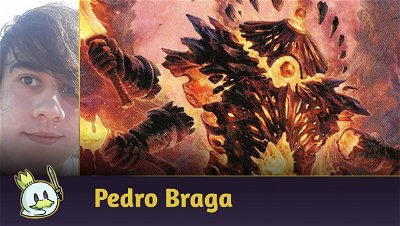 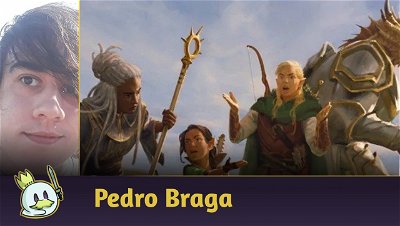